In this month’s newsletter:

Dutch pop-up Embassy Perth: Passport applications on the 25th and 26th of June

During the state visit of the Ambassador to the Netherlands Marion Derckx to Western Australia, the Consular Team from Sydney will visit Perth on Tuesday the 25th and Wednesday the 26th of June to give the Dutch community in Western Australia the opportunity to submit passport applications (by appointment only and limited spots available).

In Australia you can apply for Dutch travel documents at the Consulate-General in Sydney, by appointment only.

Booking facilities for an appointment are open from Friday the 7th of June at 12:00 pm (WA time) via the special link “book an appointment in Perth” on our website https://www.netherlandsworldwide.nl/countries/australia. Please be aware that before this date and time it is not possible to book an appointment for a passport application in Perth. 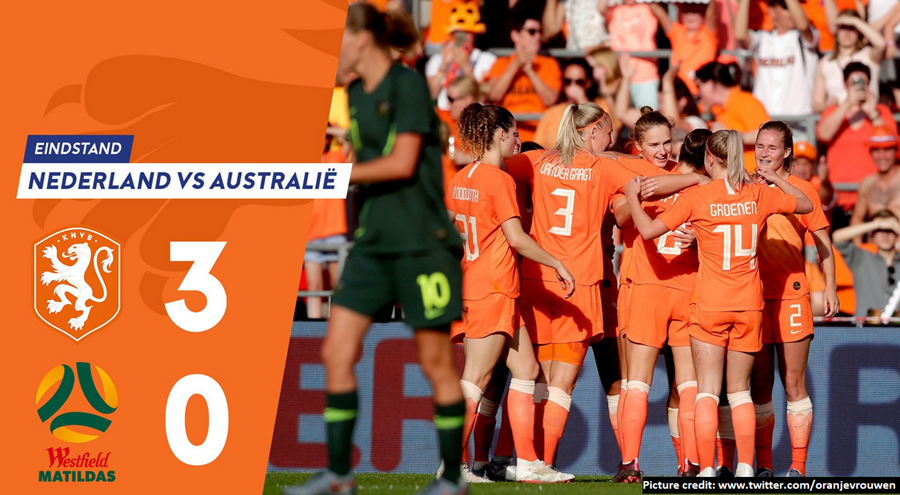 In a friendly match last weekend, the Matildas met the OranjeLeeuwinnen in Eindhoven, in front of a record crowd of over 30.000. The reigning European champions beat the Ozzies with 3-0. We wish both teams the best of luck in the upcoming FIFA Women’s World Cup in France!

Visit the FIFA website to learn more about the FIFA Women’s World Cup by clicking on the button below. 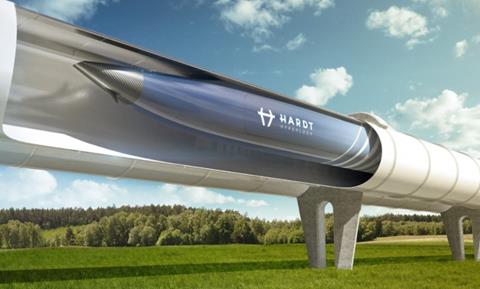 Imagine: a 1000 km/h Hyperloop connection between Australian cities. It would mean a drastic decrease in flights, travel time and pollution. With a demand for faster, more sustainable ground travel rising and rising worldwide, the Hyperloop is fast becoming a feasible new option for near-future transport.

Universities, governments and businesses across the globe, are working hard to make the innovative Hyperloop reality. Over in the Netherlands, apart from several universities like the TU Delft, the province of North-Holland is working together with Hardt Hyperloop to make the vacuum connection between Amsterdam Airport and Frankfurt Airport.

Read more about it by clicking on the button. 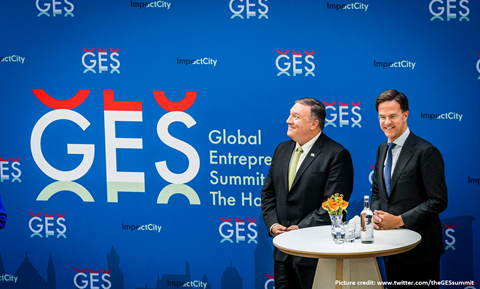 The Global Entrepeneurship Summit 2019 has kicked off in The Hague on Monday. We wish the Australian companies Movendo, Real Impact Investment, SeerMedical, The Training Paddock, EscaVox, Goterra, Senscity, AV 24/7, Iquite Aliance and Healthkit good luck the next few days!

The Netherlands is hosting the summit together with the U.S. The Netherlands and U.S. share an abiding belief in the power of entrepeneurhsip and how governments can help create the conditions necessary for businesses to thrive. Pictured are Dutch prime minister Mark Rutte and the U.S. Secetary of State Mike Pompeo. Get involved by visiting the GES website by clicking on the button below.

The Best of Dorien B: directed by award winning filmmaker Anke Blondé, The Best of Dorien B is a wry, irreverent comedy about an unassuming veterinarian and housewife who gets a new attitude when everything in her world falls apart overnight.
More info: https://www.sff.org.au/program/browse/the-best-of-dorien-b 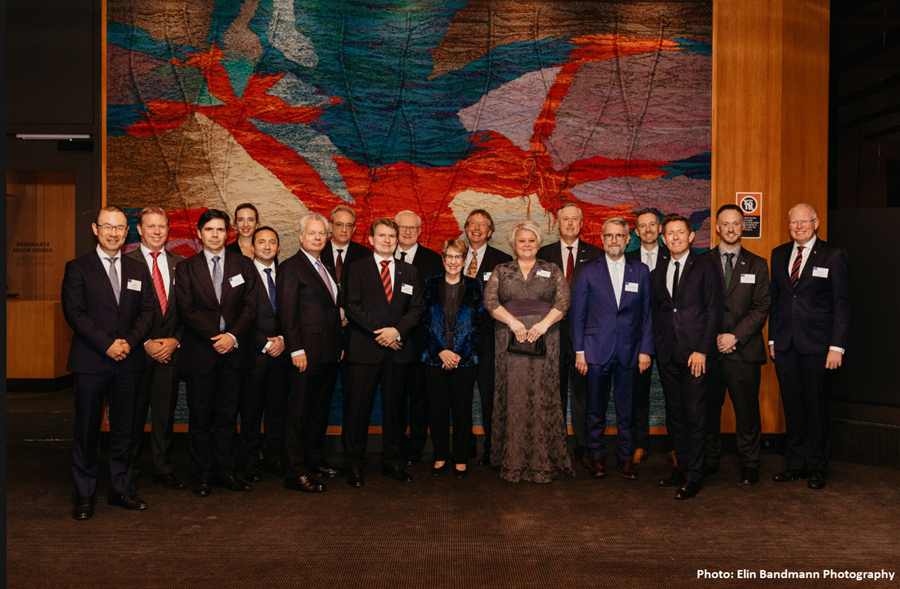 Europe Day was celebrated at Parliament House in Sydney, on Thursday 16 May. The festivities were attended by the Governor of NSW H.E. the Honourable Margaret Beazley AO QC, Deputy Premier the Hon. John Barilaro MP and other dignitaries. In his speech, European Union ambassador Michael Pulch underlined the vibrant relationship between Australia and the EU.

The hosting EU nations were well represented by consuls-general. The Netherlands Consul-General Frank van Beuningen said that ”Sydney is a dynamic and vibrant city. There are many European companies located here and many EU-member states represented in Sydney. Nevertheless, the European Union is not on everybody’s radar. As representatives of EU member states we think it is important to celebrate Europe day in Sydney to help bring the European Union and what it stands for to the attention of a broader audience in Sydney. In particular, these days when the rule based international order is being challenged and, at the same time, we are negotiating with Australia on a Free Trade Agreement, it is important to highlight the set of values, principles and interests that guide our actions as member states of the European Union.’’

Ambassador Marion Derckx also celebrated peace and prosperity in Europe with the European Union in Australia and colleagues from around the world in Canberra.

Passport applications outside of Sydney in 2019

In 2019, Dutch citizens who are not able to travel to Sydney to apply for a passport and/or identity card are offered the possibility to submit an application on location in Brisbane, Melbourne and Perth.

When are we planning to be where:

About 5 weeks before we arrive on location we will announce the exact date on our website and Facebook page.

A message from the Consular Department

‘My mother in the Netherlands is seriously ill and I need to go there as soon as possible. She might not make it much longer but my passport has expired in 2015. I live in Broome.’

‘I lost my passport in 2017. I’ve got a job interview in the Netherlands next week. I live in Darwin.

‘I moved to Australia in 1957. Now my brother in the Netherlands hasn’t got long to live. I would like to say good bye to him’.

Every week consular staff of the Consulate General in Bondi Junction receives several phone calls and emails of Dutch citizens whose passports have expired and are in a hurry to travel to the Netherlands. Lately a lot of questions come in from elderly people who have migrated in the 50’s and would like to visit their birth country one more time to say a final good bye to loved ones.

Please be aware that the renewal of a passport – even if fast tracked – takes at least 1 week. Passport applications are being processed at the Ministry of Foreign Affairs in The Hague and then printed in the Netherlands. A courier brings the passport from the Netherlands to Sydney.

Most of the time the recent proof of legal residence turns out to be a problem, especially for the elderly who might not have traveled since their arrival in Australia. It could take some time before such evidence has been obtained from the Australian Department of Home Affairs. A delay that could be avoided.

Consular staff is always trying to lend a helping hand and think of the most efficient way to help out. However, a lot of stress can be avoided if passports are renewed approximately 6 months before the expiry date. If your Dutch passport has expired or has been lost, please apply for a new one as soon as possible. We would like to call on people to discuss with their older Dutch relatives and friends whether their passports are still up to date and if necessary, help them to start the renewal process early so they travel to the Netherlands whenever they want to.

Passport applications can be done at the Consulate General in Bondi Junction/Sydney. This year consular staff has visited Perth to take in passport applications. Later this year visits are planned to Brisbane (May 14) and Melbourne (August). Please check this newsletter, Facebook and our website for additional information.

Please note: traveling back to the Netherlands implies transferring in e.g. Dubai/Abu Dhabi or other cities in Asia. In general Asian countries require the passport to be valid for another 6 months after leaving the country. The UAE requires 3 months validity.

Scroll back to top